The Who, What and How
The debate over strength training for endurance athletes has been around for decades. Certainly, for those whose sport focuses on aerobic efforts the importance of “pumping iron” is minimized. Or is it? The major drawbacks to strength training include the undesirable hypertrophy, or bulking up, which results in unwanted weight gain, and the investment of valuable training hours (and energy) at the expense of more sport specific training – running, riding and swimming.

Some advantages, however, outweigh the drawbacks. These include the increased performance potential that results from the additional strength, which, for example, translates to power on the bike, and the avoidance of nagging injuries through increased stability of the joints and the elimination of muscle imbalances. Due to these advantages, most contemporary coaches agree that incorporating a periodized strength training routine into an athlete’s annual training program will produce important benefits, while minimizing the potential drawbacks.

The Who
But what about during the race season? Should athletes continue their strength training throughout the year? The answer to this question is a bit more difficult, but basically it depends on a couple of factors.

First, for older athletes– a rapidly growing segment of triathlon – the maintenance of strength is no longer something to be taken for granted. Studies have shown that people lose muscle mass as they age. There are many reasons for this. One appears to be physiological reasons that begins in the fourth decade of life. This process is slowed dramatically through a well-planned program of strength training.
During the off season most all athletes benefit from strength training. During the racing season, however, many athletes in the over-35 category should continue a modified program of strength maintenance training to insure that they do not lose the gains achieved prior to the peak season coming around on the calendar. By age 50 nearly all athletes should be emphasizing strength enhancement year round.

For women athletes, certain physiological differences should play a role in the way in which you plan your training. It is particularly important for women athletes to maintain some degree of strength training throughout the year. According to Gloria Safar, a certified personal trainer from Westfield, New Jersey, since women have a higher percentage of body fat and smaller muscle mass than their male counterparts, the detraining effect shows up faster. This creates the need for a year round program of strength training.

While women can perform the same workouts as men, they need to focus a bit more on generating power. More specifically, women, generally speaking, have stronger lower bodies relative to their upper bodies. Through the incorporation of upper body strength training, these athletes can be more effective in swimming powerfully in rough water, and in high levels of performance when climbing on the bike where the force generated through one leg is aided significantly by a pulling force on the handlebar with the opposite arm. Here arm strength and core strength work together to increase the force applied to the pedal. Another important benefit, according to Safar is that strength training aids in improving bone density, therefore staving off the possible development of osteoporosis.

The What
When setting up a training program for the coming year, athletes should initially schedule a period of strength training that is sometimes referred to as the Anatomical Adaptation phase. During this phase, training is at a lower resistance level with higher repetitions. Ideally, weights should be reasonably light and enable you to lift three to five sets of 20 to 30 repetitions while maintaining proper form and not reaching muscle failure. This phase of training should last about three months and is immensely important in building strong connective tissue and preparing the body for the higher resistance work that is to come.

Following this initial phase of strength training, plan on transitioning to another month of higher resistance work – the Maximum Strength phase of training. Here you’ll look to lift three to six sets of about six to eight repetitions each. Resistance should be such that you are capable of maybe one or two reps more at the end of each set. Focus on form. If you cannot perform each lift without jerking, bouncing or other flaws in your form, reduce the resistance.

As the race season approaches, athletes will want to be on the road and in the pool spending more time in the sport-specific areas of training. During the Build period of training leading up to your first “A” race, and through the racing season, reduce the time being spent in the gym, but don’t eliminate it altogether if you are an older athlete or a woman. Try to fit in at least one strength training routine, lasting about 45 to 60 minutes (including a warm up and cool down) each week. Each routine in this Strength Maintenance phase should consist of two or three sets of six to twelve repetitions. The first set or two should be with moderate resistance and function as a “warm up” for the last set, which should be of increased resistance. The resistance of this last set should be such that you are capable of one or two additional repetitions at the end of the set, with form being proper. Each repetition should take approximately two seconds to lift and four seconds to lower the weight.

The How
The Strength Maintenance phase should include fewer individual routines than during the rest of the year, and the routines should be more sport-specific. In the annual program, include the following exercises to match your unique needs:

This article was written for, and published in “Inside Triathlon Magazine” by Chuck Graziano and Joe Friel. Chuck Graziano is an endurance sports coach who has written numerous articles on endurance training, which have been appeared in several publications including “Inside Triathlon” magazine. He is a USA Triathlon Expert Level (II) certified coach, is certified as a Level III coach by USA Cycling and is a Level III Alpine Ski Coach, as certified by the Professional Ski Instructors of America. For information about this article or other training questions, contact chuck@inspiredperformancecoaching.com 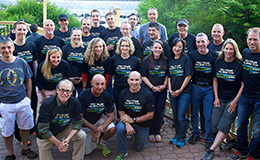 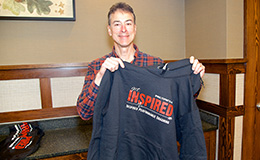